I tend to leave politics out of my social media activities. However, some extremist groups get me seriously worried, and especially when they are using emotional manipulation and innocence to further their own aims.

I've been relieved in the last couple of days to see a gradual increase in links to articles highlighting what is really behind the group Britain First, and especially to their huge surge of 'likes' on Facebook. I won't bother to explain the situation here: at least three other sites have already saved me the trouble. Please take a few minutes to read them and understand.

Now, while I strongly disagree with what Britain First stands for, I am (unlike them) not saying that you do not have the right to your own opinions. If their ethics and policies align with your own, liking and sharing their posts is entirely your right. (If you're on my Facebook friends lists, you'd soon be deleted, but that's another story.) As the writer of the Costa Connected article sensibly puts it:

Please do not misunderstand me, everyone’s political views are their own, and I enjoy friendship and dialogue with many people whose opinions on many matters I am fundamentally opposed to, or have little interest in. Unlike Britain First I embrace and celebrate diversity and difference, and intelligent discussion of different points of view – heaven knows the world is in a mess right now and I have no grand opinions on the best way to fix it, talking about ideas with people whose ideas challenge and push at your own is a good way of developing solutions.

I am writing this while being fortunate enough to be spending a break in a beautiful part of Spain (at a wonderful health resort called Obsidian). I have so far met a huge variety of people, all colours, several nationalities (Polish, Finnish, Spanish, Portuguese, Australian to name but a few) and, I would imagine, many faiths, backgrounds and belief systems. The diversity of this place is one of things that makes it joyful for me. We all learn from each other.

Some of the posts that Britain First have been using for manipulative purposes ("if you don't like this post it means you don't appreciate what our war heroes did for us") are, in themselves, perfectly reasonable and laudable sentiments. Take, for instance, yesterday's news about the splendid war veteran who basically did a bunk from his care home and travelled to France alone, and safely, at attend the D-day celebrations in France. Britain First has published a photograph of Bernard Jordan, urging you to 'like' and show your respect.

Now, I'd fully agree that this excellent old boy deserves appreciation and publicity for all sorts of reasons. However, gleaning 'likes' for a political group that advocates the kind of Nazi-style cleansing and fascist beliefs that Bernard Jordan and millions of others went to war to defeat somehow doesn't make a lot of sense.

Having read the articles above, you may well decide that you want nothing to do with Britain First (or any similar organisations). If so, here are the geeky, practical suggestions.

Want to share these photos anyway?  Just download them from Facebook. Right-click on the image you want to save, choose Save Image As, and drop it into somewhere on your own computer that you'll find it again. Then add it to a post of your own in the normal way. Whether it's a picture of a wandering war veteran, a poppy for Remembrance, one of the Royals, our beautiful countryside or whatever: you can share these images to your heart's content without promoting the policies of the original poster. Like this. 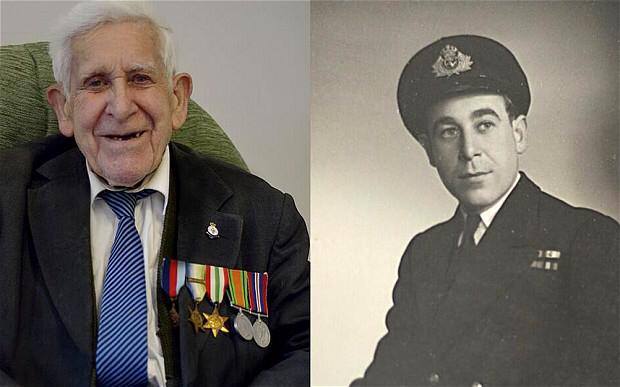 Want to block all postings from Britain First? When you next see a posting, click on the drop-down arrow top right (of the posting, that is, not of the whole screen); there's an option to 'block Britain First'. (You can do this with any page, group or individual who really annoys you for whatever reason!)

As I said earlier, this is not about removing freedom of choice - quite the reverse. It's about being aware of what underlies this use of social media. Again quoting the Costa Connected article:

On these pages we frequently take the time out to celebrate the genuinely positive things which come from social media, such as the force for good that was Stephen Sutton and the unanticipated impact of the no-make-up-selfie movement. Every now and then, however, we have to comment on the darker side, the way that the democratisation of publishing and communication is exploited in the service of what can only be described as evil.

Facebook (together with other social media) is powerful. It's fun, it's informative, it's useful, it's entertaining, it makes communication easy between friends, and it can be a great force for good. But any powerful force can operate for good or ill, and in the world of the easy click-and-share, the darker side can spread through innocence and ignorance far faster than through activism.
Posted by Cassie at 11:07 2 comments: 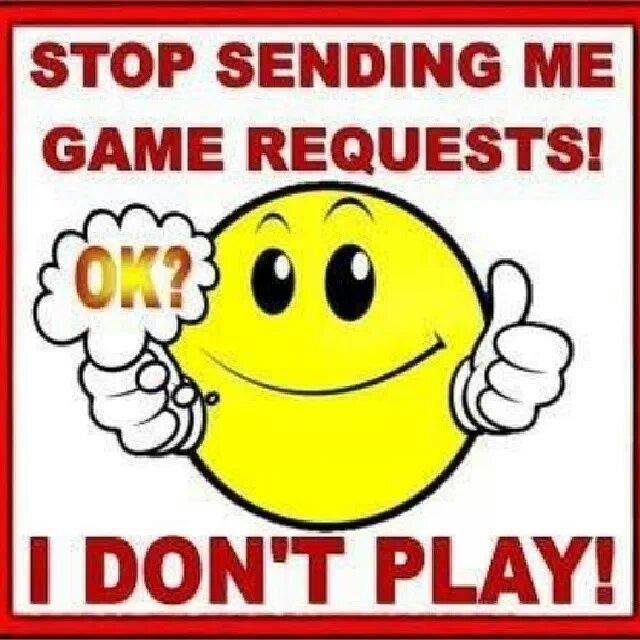 OK, so here's the latest one doing the rounds on Facebook. The above photo is being shared in a desperate attempt, it seems, to persuade people NOT to send 'game requests'.

No, it's not a hoax, or spam; but sharing this is highly unlikely to make the difference you desire. You can do a couple of simple things that will be much more effective.

First, don't assume that your friends are inviting you individually to share these games and will therefore be horribly offended if you don't. For the most part, they will be going out as a block invite to all friends - and as such, a refusal will not (in this case) offend, as the inviter is unlikely to even notice.

Secondly, like most other things on Facebook, you can 'block' them. At first this may seem tiresome. However, take it from me: I block almost every invitation I receive, with the result that I now receive virtually no invitations at all. Farmville, Bejewelled Blitz, Candy Crush Saga... in fact, when I look at the list, I can see that I've been a boring old fart about quite a lot of them (about 80, at the last count). Most of them come up time and time again, so once you've blocked it - you don't see it again. Easy.

So how to block? Two ways.

First, when you receive an invitation, don't simply dismiss it.

So what's wrong with the image above? Well, nothing really; except that in many cases your friends won't even be particularly aware that you're being included in their mass mailings, and as such it's unlikely to affect their decision-making processes (!).

Oh, and one more thing. Click on the photo itself when you see it shared on Facebook, and you'll see it's been 'shared' over 100,000 times. Maybe I'm being cynical, but that's an awful lot of high-ranking activity for the page that first published it. And we know about like-whores, don't we? Don't we?!!
Posted by Cassie at 16:21 1 comment: 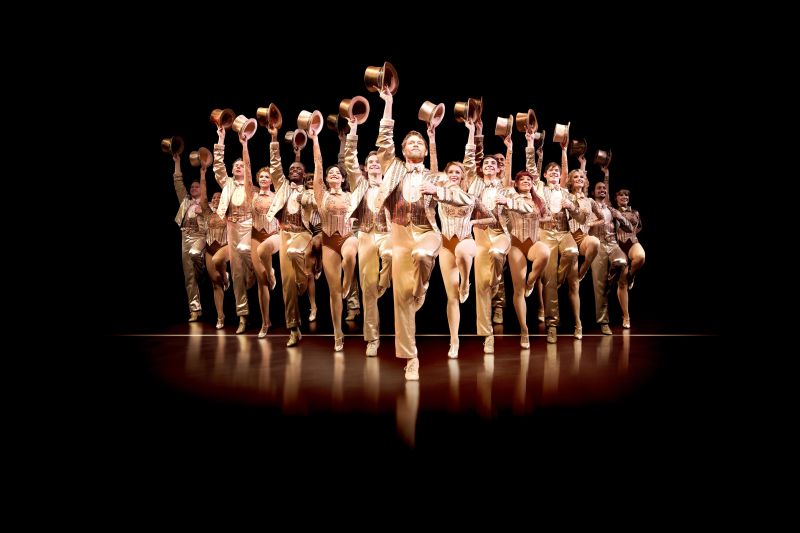 OK, so I'm a boring old... person. But I'm getting a mite tired of seeing "I got... [insert Muppet character, place to live, musicals]" on my timeline.

I laughed at the first few. Joined in with one or two. Giggled at a few friends' results (my husband getting Oklahoma - which he hates - as his musical was worth a smile).

But this morning, I lost patience. Of the first ten postings on my timeline, FIVE were the results of one or other of these quizzes. Yup, half my news for the day. And they all came from a site called Buzzfeed.

It's not a virus ("going viral" being, of course, something totally different). Yes, it's making great use of other people's material, and yes, what it posts is often pretty trite, but that's not a crime. It is a highly successful corporate initiative, making, it would appear, serious amounts of money for the folks behind it (as does Facebook), and good on them for that. It's no more (or less) offensive in the 'information' it provides than a lightweight magazine or freebie newspaper. This article gives a bit more detail.

However, my main problem is that it's drowning my timeline.

I like Facebook. But I like it for knowing what my friends (and yes, they are real friends) are genuinely doing and thinking. I like it to keep me informed about local events and about what old colleagues are doing now and about triumphs and challenges. I like it for learning and inspiring and understanding and introducing. And I'd prefer my newsfeed not to be flooded with results of quizzes that are, broadly speaking, entirely pointless. I'd sooner know about your new family member, whether feline, canine or human, than which animal your personality type (might) identify you with.

So: I've hidden the Buzzfeed postings. You can do this very easily with any application (or person): click on the down arrow top right of any posting, and you'll get a set of options. They vary depending on whether it's posted by a page, an application or a person, but the gist is the same: you can block. In this particular case, I was able to choose "Hide all posts from Buzzfeed".

NB: If I ever feel that I'm seriously missing out on vital 'buzz' and want to welcome the posts back, it's easy. Hover over the pencil icon next to the Newsfeed link on the left of the page, choose Edit, and find the item you've 'banned', and click on the x to remove it from the list.

Finally: you can do this with any page, person or app. Let's say that you happen to be one of my friends on Facebook and you get tired of seeing what I post ("not another 'photo of the day', please..."), but you don't want to actually unfriend me: the same procedures apply. Just hide my posts from your timeline, but you can always drop by my profile if you are curious about whether I'm still being annoying at a later date.

Oh, and if you're interested: my musical was A Chorus Line. You know, the one with a bolshy character called Cassie who muscles in where she's not wanted? That one.
Posted by Cassie at 09:16 No comments: